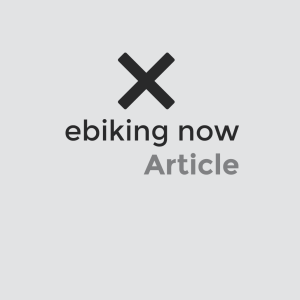 Dynamometers (or Dyno for short) are awesome devices; they provide consistent feedback and results of a motors performance and characteristics. The fundamental principle of a Dyno is relatively straight forward, where output data calculated is from the rotational speed of an object multiplied by the torque experienced by that object. On my Dyno, I am spinning up a direct drive hub motor that is free to rotate while connected to a torque arm and load cell to measure output torque. I know, I said it was straight forward, but it will be with some simple diagrams!

The Kelly Regen can be a fickle thing at times and for low-powered cycles, the lowest regeneration force seemed to be a little too large. So for smaller systems and low load performance, a disc brake rotor was attached to the hub and calliper connected to the torque arm. This allowed for a simple mechanical approach to producing a load on the load motor. For low powered bikes, this method was utilised for a load, whereas for more powerful bikes and for conducting range tests the regeneration braking of the Kelly was used.

The below diagram helps to illustrate how the power is being translated from the drive motor to the load motor:

The lower circle represents the load Motor, where the drive motor is placed on top and fastened in place with ratchet straps to stop movement. When the top drive motor accelerates, it accelerates the load motor producing an RPM and small Torque with no load. The mechanical brake is shown in red, which is attached to the torque arm so that the translated load can be recorded on the load cell (besides the Torque arrow).

This system is the type of Chassis Dynamometer, which is a style of measuring a system’s output power. The reason for developing a Chassis Dynamometer is that it is precisely the force that a bike rider feels when they hit the accelerator! Engine Dynamometers can be deceiving as they do not factor in any drive train and friction losses which result in a higher reading in performance than what is experienced by the user.

Power and Torque curves are the most common way of representing the output performance of the motor under test. However, the torque of a motor is not always a realistic representation of the actual accelerating force of the bike! The force applied when accelerating is dependent on the Torque of the motor, and also, the size of the wheel the motor is laced into. As the torque of a motor is measured in Newton-Meters, the resulting force on the ground (Accelerating Force) is equal to the motor Torque (Nm) divided by the distance (Meters). This is explained in detail in the below Torque Vs Wheel Size section.

Because of the variable size of wheels applicable to bicycles, I have also included the Resultant Force plots instead of including only the motor Torque plots. The advantage of these plots is that you can see exactly what the acceleration force of the configured bike wheel would be and also the maximum RPM governed by the motor KV rating.